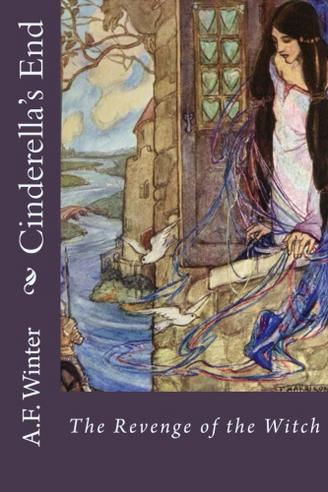 What happens to the characters in a fairy tale after “happily ever after?” Many cultures have a version of Cinderella because it is the ultimate underdog story of a bullied young girl in rags beating the odds and rising to the top. Cinderella’s End is about what happens after the ball and the marriage and asks the question, did Cinderella actually find true love?

Cinderella and Prince John marry but neither is particularly well-suited for marriage. Everyone important to Cinderella has died. She is an emotional wasteland. Prince John was raised to be a leader of the kingdom, not to be emotionally available. When their daughter is abducted by an evil witch, John goes on a quest to bring her home. Cinderella, left at the castle, is forced to play a role she was never comfortable in, a symbol to placate the peasants. After years of being alone, she develops an emotional attachment to a kitchen servant. The remaining royals do not approve of this friendship, accuse him of spying and throw him in the dungeon. The novel explores whether love can survive through distance and time.

The Revenge of the Witch