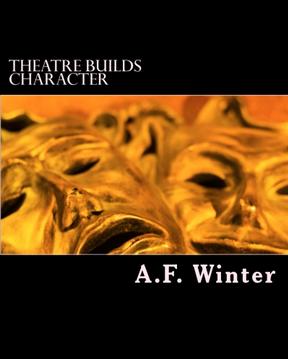 Essential Question
How can I create a scene in a collaborative,

Learning Objective
Use this scene creation technique to create

a scene on a particular topic discussed in class.

Ask the class if they can name an Aesop’s Fable.  Ask them to tell the story and describe what is its meaning or moral.

Aesop was a Greek philosopher and writer who created his stories to teach lessons.  Most stories, plays and movies also have something to teach us, if we look close enough.  I am going to read you an Aesop’s Fable now and I want you to tell me what it means to you.

Take any story at the end of this lesson plan and read it to the class. After a discussion tell the class that the story speaks to you of respect.

Today we will talk about respect.  What does this story have to do with respect?

What is respect?      According to Webster’s “to consider worthy of high regard.”

ESTEEM is the degree of respect or liking one has for something or someone..

So in order to respect someone or something, we have to like them.  What do you think of that?

Is there only one kind of respect?  What kinds are there?

How do you show respect for yourself, others, authority, property?

Give examples.  Give examples of when respect has not been given to you?  How does it make that person who hasn’t gotten respect feel?

How do we show respect in the theatre?

One way to do that is to be a good audience member.  Can you tell me the rules for audience etiquette?

2- Don't talk to the actors or visit the dressing room before or during the performance unless that is a part of the play.

3- No eating or drinking in the theatre.

5- Be quiet during the performance.

7- Leave at an appropriate time.

The most important thing we could do is listen and try the ideas that other members of the group are expressing.  You may have a good idea but if you just say no to everyone’s ideas you spend ten minutes arguing about what to do and never get around to doing anything.

What we are going to do now is break up into groups of two or three (depending on class size.)  You will work in the way we talked about last week and come up with an idea for a scene.  Then you will try out your ideas by improvising the scene.  Does anyone remember what we do then?  Quickly review how to create a scene.

We talk about what was good and bad and then we try to fix it.  How do we fix it?  We run through it again with the corrections.  Does anyone have any questions?

Good.  I want you to create a scene using one of the kinds of respect.  You only have ten minutes.

Generally it is imperative to only give them a short amount of time to work.  If you give them too much time, they will waste almost all of it.  When they are working on their scenes, you need to walk around and ask them questions of their work.  Be interested not intrusive.  Don’t give them “good” ideas.  Let them come up with the scene all by themselves.

Student show the class their work.  When you are asking the questions of the audience, you always want to be positive.  Get them to phrase their ideas in positive ways.  Come down hard on them if they make a joke at the actor’s expense.

Did the people in the scene show respect to themselves, others, authority, property?  How did it affect the scene?  Did you like the people who did not show respect?  Why not?  What could they have done better?  What did they do well?

The critiquing of the scenes can be the most tedious part of the process for students especially the younger ones.  Try to make them understand that this is essential for improvement, not only for the scene but for the actor as well.

The teacher must always be aware of when her students reach the saturation point.  When that happens, shorten the discussion or stop watching the scenes for that day.  You can always see other scenes the next day. In some larger classes, you may not have a choice.

This was an important day for us.  Can anyone think of the reason?  We have gone through the whole process of discussion, scene creation, and critiquing of the work.

This is how we will work to create and perform scenes.  Can anyone give me an example of how another person in the class worked particularly well as either an actor or audience member and why?

It would be appropriate to call attention to some students who you think did well.  I always try to mention the students who don’t usually get recognized because they are quiet or shy.

Each student has to practice respect outside of class.  By the end of the week they are to show respect to others or notice how other people show or not show respect to others.  They are to make note of the rewards or consequences of their actions.  They can also talk to their parents or guardians about the scene they have created in class and get their parent’s input.

(Even though the students are not practicing acting skills, they are relating what they are learning in class to the outside world and hopefully involving their parents.  The title of this book is, Theatre Builds Character.  How this is accomplished to a real degree is by creating a world that they can believe in, in the classroom and then bringing the world that they created to the greater community.  They can change their world for the better if they believe they can.  Gandhi once said, “Be the change you want to see in the world.”  This is how they can start.)

Assessment
This class has several informal assessments that can be used; class discussion, group work, and audience etiquette.